WELCOME TO K1LL-C0DE, a 2D 3-button fighting game which utilizes vaporwave aesthetics to bring you a thrilling combination of hype and chill. This brand new, competitive fighting game brings a breath of fresh air to the familiar comfort of classic fighting games. K1LL-C0DE was born out of a love for over-the-top, anime-styled fighting games and a deep appreciation for the vaporwave movement. This unlikely mix of genres takes players on a brand new experience unlike other fighters they might have played. Team Hoola developed this Beta Demo in a total of 10 weeks with a team of 9 developers.

The year is 198X. Corporatism has run rampant around the world, Countries are no longer bound by governments, but by corporations who would do anything to make a quick buck. The planet’s resources have been dried up and humanity is left on the fringe.

Amidst the corporate world's domination, the expansion of virtual reality technology sky-rocketed as users looked for ways to escape life's pains and to move into a new world less populated with greed and moral bankruptcy. Enter K1LL-C0DE, a game where everyone can be a hero; finally, you can regain control and be the leader of your own destiny-- all it took was  a little bit of effort on the daily. K1LL-C0DE was originally developed as a homesteading simulator to give their users a virtual ideal of land ownership, a reality that shattered when the corporates took over.

Unfortunately K1LL-C0DE’s pure intentions weren’t fated to remain uncorrupted for long. An armistice pact between the corporations was formed as a way to prevent more damage to earth's population. However, the pact left a loophole. Corporations could send their best users to fight within K1LL-C0DE for their organization's interests. As more cash was poured into solving their differences, K1LL-C0DE's userbase shifted, and the vast fields once populated with virtual homesteaders became just as deserted as the lives they were trying to escape. Cyberspace warriors, hungry for power, fame, and fortune, now wonder K1LL-C0DE, graveling at the chance to represent the companies throwing the most money at their problems and training for the day they come face to face with their maker. In this battle of corruption, who will you represent? 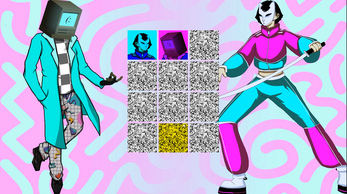 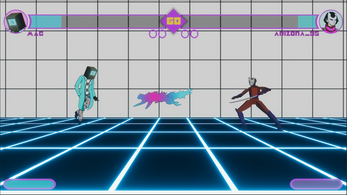 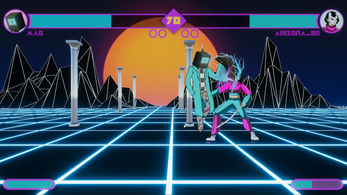 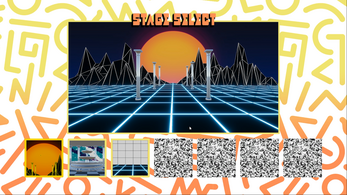 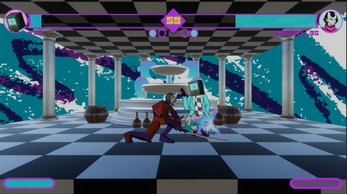